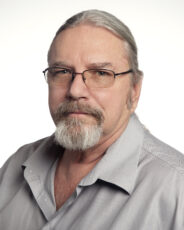 Kevin is focused on reducing the burden of chronic respiratory disease and environmental health impacts valley wide. He has served as developer, coordinator, administrator and director for multiple programs in both hospital and community-based settings serving poor and underserved communities in the San Joaquin Valley. Kevin serves on numerous boards and committees associated with grassroots community capacity building and local, state and regional policy development. His education includes an AS in Respiratory Care, BS in Geology, extended course work in social work, mathematics, business and management training. He has worked extensively on different aspects of health care access and redesign around primary care, disease management, childhood and adult immunizations and behavioral health for over 35-years and is a well- known advocate for social and environmental justice. 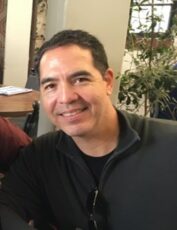 Tim co-founded CCAC in 2011 and served as CEO from 2011-2013. He also served as Board Chairman from 2011-2016. Tim formally joined the CCAC staff in 2018. He spent the previous 16 years overseeing and conducting research at UCSF Fresno, serving as Director of the Clinical Research Center from 2013-2018. During his time at UCSF, Tim collaborated with investigators from UC Berkeley, Stanford and other Universities to study Valley air pollution and its associations with inflammatory diseases in children, particularly asthma. In 2011, Tim was senior author on a publication that demonstrated a correlation between ambient air pollution (PM2.5) and pediatric asthma ER visits in three San Joaquin Valley Communities (Bakersfield, Fresno and Modesto). He was also senior author on a paper that established a synergy between ambient PM2.5 levels and rhinovirus infection on airway dysfunction in asthmatic patients. From 2010-2018, Tim oversaw recruitment and data collection for the NIEHS/EPA-funded Children’s Health and Air Pollution Study and is a co-author on a pending publication that documents a correlation between ambient air pollution exposure and metabolic syndrome risk indicators in children, including elevated HbA1c, blood pressure and BMI. Tim has also worked closely with the local Air District, helping to develop and implement the Real-time Air Advisory Network (RAAN) and the corresponding Real-time Outdoor Activity Risk (ROAR) guidelines. During his tenure as CEO, Tim oversaw CCAC’s contract with the Air District to educate Valley schools about the newly implemented RAAN/ROAR program. Tim received a Bachelor’s degree in Biology from CSU Fresno in 1990 and a Master’s degree in Molecular Biology from UC Santa Barbara in 1992. 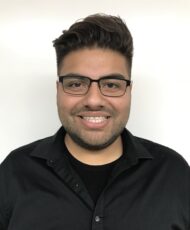 Yanni Gonzalez is the Communications Director and Programs Coordinator at CCAC. Yanni began working with CCAC in 2016 to enroll South Valley schools into the Healthy Air Living Schools Program, and has since become an integral part of the organization. He currently oversees all internal and external communications for CCAC, as well as coordinates outreach for the Clean Vehicle Rebate Project, CALeVIP and other CCAC projects throughout the eight counties of the San Joaquin Valley. Prior to working with the Central California Asthma Collaborative, he received his Bachelor of Arts Degree in Communication from Humboldt State University. Having been born and raised in the Central Valley, Yanni is passionate about serving and providing resources for those living within disadvantaged communities. 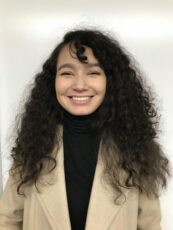 Ana is a graduate from California State University, Fresno, where she obtained a Bachelor’s of Science degree in Public Health and had served as a Volunteer Coordinator with the Food Recovery Network to assist in reducing food waste and food insecurity. Prior to working with the Central California Asthma Collaborative she served with The American Red Cross as part of Disaster Cycle Services where she focused on emergency preparedness education. She has also served with Jumpstart and helped children in underserved communities develop language and literacy skills. Ana has established herself as a key advocate for asthma patients through her work in the Asthma Impact Model Program and as Co-Chair for the Asthma Coalition of Kern County, as well as a community leader through her participation in the AB 617 Community Steering Committee process in Shafter. Her passion for helping underserved communities grew out of having been raised in a small agricultural city where many of the residents did not have access to health care. Ana wants to empower individuals to advocate for themselves to create broader social change in the community. 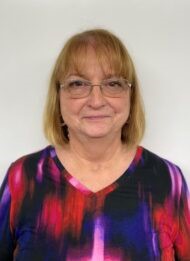 Sandi has had a lifelong passion for helping others – particularly children, young adults and their families. Sandi’s professional background includes many years of working for various local non-profit groups. As the parent of a now adult daughter whose childhood was negatively impacted by severe asthma, Sandi is drawn to CCAC’s mission of making a positive impact on reducing the burden of childhood asthma throughout the San Joaquin Valley.  In her new role as Office Manager, Sandi hopes to provide the administrative support needed to continue to increase CCAC’s capacity valleywide. 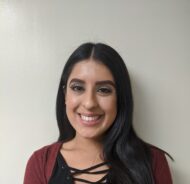 Alejandra is currently a student at CSU, Bakersfield, majoring in Communication and Spanish. She enjoys writing and is passionate about social justice issues, such as immigration. She has worked and interned for non-profit organizations such as Family Reunion and South Kern Sol. Being born and raised in the east side of Bakersfield, Alejandra hopes to help underserved communities by engaging and advocating to help reduce the burden of asthma.